Pulchri Studio shows two exhibitions about the Middle East in November: "The Orient 2.0" shows the realistic work of both contemporary artists from Europe and theMiddle East and North Africa. The exhibition "Marius Bauer: Addicted to the Middle East" shows the fairytale work of this early twentieth-century artist and former member of Pulchri. Due to the exhibitions almost simultaneous, Marius Bauer's romance and realism of contemporary artists across the Middle East meet each other. And you'll see how migration and globalization changed the look of the Orient over a century

My photography work Patroon which will be on display at Orient 2.0 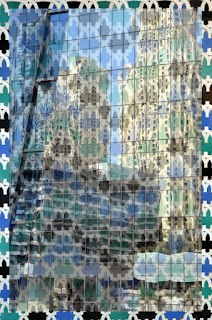