On 13th and 15th of December I conducted the workshop/perfomance 3 & 4 in Nicosia on the Phaneromeri Square.
However at the end it turned to be out I created a complet new version of Unfolding-Unwrapped.


The beginning of the workshop/performance on 13th didn´t get really from the ground. Very different from Limassol. Nevertheless within half hour I tried a new variation out for to catch the attention of people passing by. Material and basic concepted stayed te same. By now my role in the performance became more active and the project move more towards a participartory street performance then to be a workshop. It went so well at the end,that I tried and conducted the same new creation twice on the 15th. Here are a link to a  short video  and some images about the new variation of Unfolding-Unwrapped 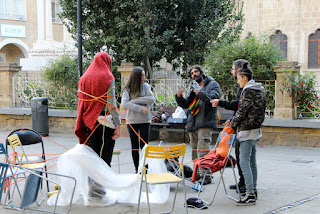 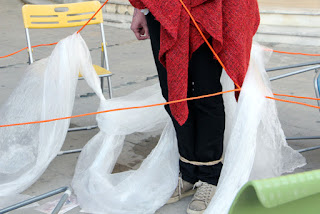 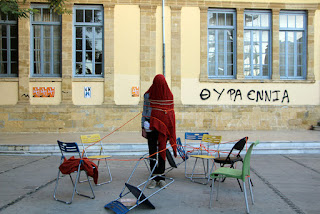 15th of December- Performance I & II 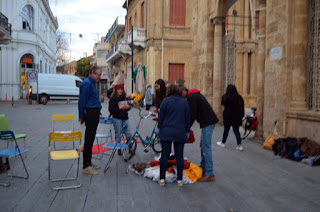 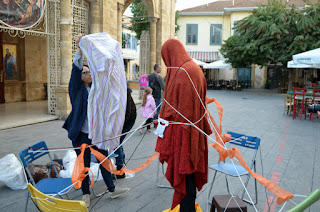 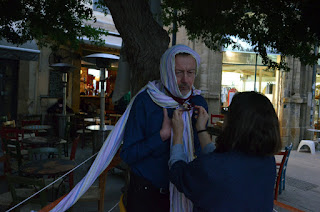 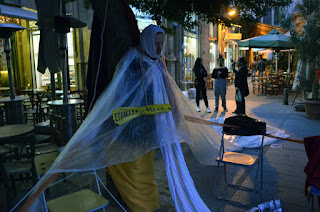 At the Respublika Festival I conduct four workshops. All workshops happend in the public space. The idea is that also people who pass by can partcitipated spontaneously .
Two workshops already took place in Limassol at 9th and  11th of December  2017. The other two will take place on 13tn and 15th of December in the capital of Cyprus, Nicosia on the Phaneromeni (sometimes also written as Faneromeni) Square in the old town at 15.00 h (3pm).

The location of Unfolding-Unwrapped in Limassol was on Plateia Iroon (Heroes Square). 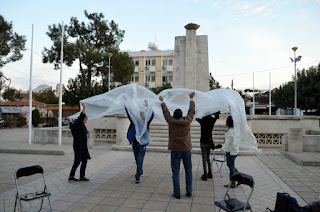 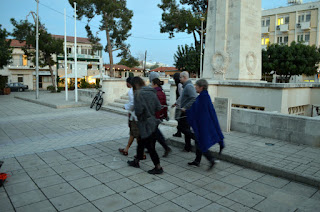 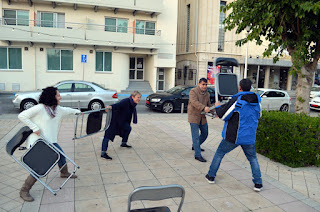 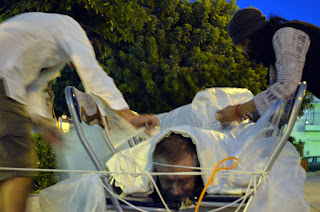 My video Two Lovers will be screened. A short and very metaphoric and symbolized video about love, lovers, memories, doubts and the inner strife which results from this kind of situation. However there can be more then one interpretation. Just to mention one : One lover for the heart and one lover for good sex 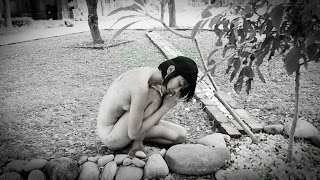 Taking part in PODIUM PULCHRI in gesprek...... with exhibiting artists of the ORIENT 2.0 show

The aim  of the talking series in gesprek.... (talking with) is to offer art lovers and guests from outside Pulchri the opportunity to get to know some of the exhibiting artist and their  work better. During this talk, the artists may talk about themself and their work in the ORIENT 2.0 exhibition , answer questions from visitors and thus provide more insight into their way of working. At the same time non-members are introduced to Pulchri Studio. This time in gesprek focus on four exhibiting artist of Orient 2.0 show: myself (Johannes Gérard) , Ine van Son, Dana LaMonda, Saad Jasmin. Moderation Loes Campfens