After a talk with the head of the langauge department and two teachers of the Goethe Zentrum in Yervan, I tried something new. The workshop became part of German langauge lessons. I adopted a shorter version in German of Unfolded-Unwrapped for to intregrate into the class room sessions. The experiment was carried out with three different groups of students. However it was not only for to conduct the workshop, but also for to explain more about the concept of Social Sculpture. That the term was first invented by Joseph Beuys and his ideas behind it. After the workshop the students discussed in German how they saw the workshop and concept
Finally for the students it was a complet new and different approached towards their use of langauge abiltities. As well to widen their knowledge about German culture from a different angle. 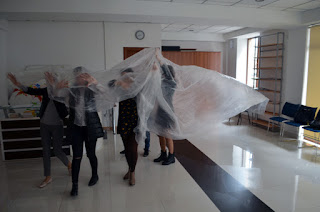 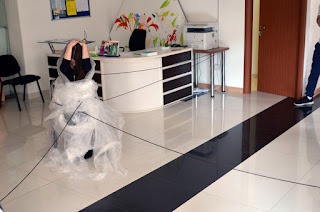 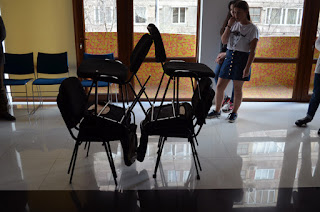