Yesterday evening at 18.30 was the opening of Eriwan im März. (Yerevan in March). The exhibition and presentation was opend by the German Ambassador Mr. Kiesler in Yerevan and the director of the Goethe Zentrum Mrs. Mikeladse-Bachsoliani.
With this project I tried something new out. Until now the performance pieces I did with other artists became everytime part of a performance video.This time I try to present and combine a live performance and a video at the same time.
The topic was a interpretation and reflection of the city of Yerevan. The video was how I see the the city through an eyes of a stranger. The live performance was a interpretation and reflection by five students of the Institute of Theater and Cinematography in Yerevan. How young citizens of Yerevan feel and think about their city. During the rehersals I interfered less as possible and gave the students the freedome to create their own ideas. Because I saw it as a intercultural collaboration project.
Even for most of the audience it was a new concept it is was at the end accepted and admired.
Thank you students of the Institute of Theater and Cinematography in Yerevan. You where a great team and it was a pleasure working with you on that project. 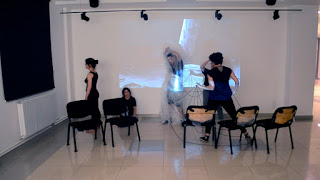 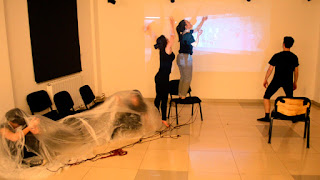 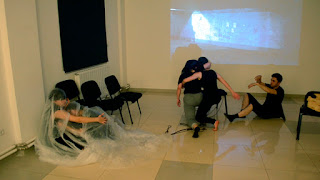 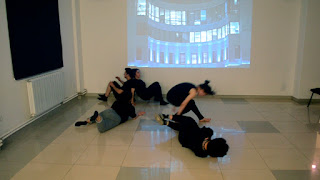 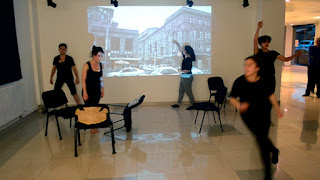 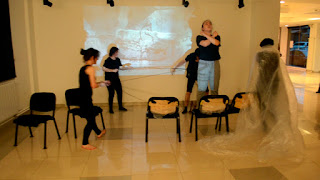 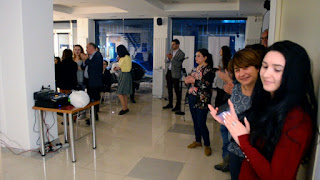