My video work Anticipating you - Предчувствую Тебя
be projected at Miami New Media Festival October 5th to October 21st, 2017
The Miami New Media Festival -MNMF (Miami,FL, USA) is in its eleventh edition, maintaining its commitment to open spaces for experimentation and the confluence of artistic practices and the universe of digital technologies. The essence bets on the insatiable curiosity to investigate the potentialities of new and old means to transform the realities that we inhabit, and their meaning. MNMF provides an opportunity to rediscover the adventure of learning and experiencing.This year has a selection of 35 artistic proposals from 18 countries and three different continents. These works, as well as other curatorial proposals conceived for the MNMF, will be projected at Imago Art in Action, ArtMedia Gallery, Connect Now Room, URBE University, De Hostos Senior Center, Glacsytem Art Lab, and Vice City Bean.

My video work is based on the poem > Anticipating You < by the Russian poet Aleksandr Blok (St.Petersburg, 1880-1921). Influenced by Solovyov's doctrines, Blok had vague apocalyptic apprehensions and often vacillated between hope and despair.The work is simultaneity a metaphoric investigation and interpretation of the poem and about the city of St. Petersburg. The investigation and interpretation is done in two different ways at the same time> By the performance of the theater group DFT Stage and through visual images taken within the urban space of the city. 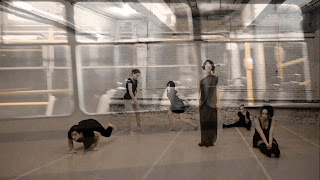 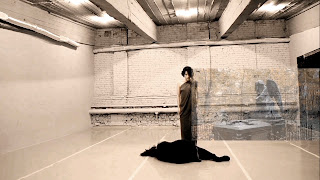