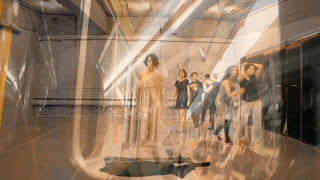 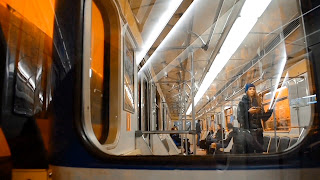 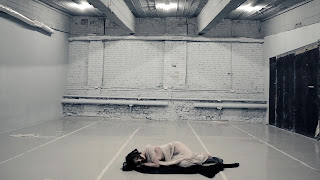 Based on the lesser known poem " Love " by the Russian poet Anna Akhmatova .For the time being this video is the last of a series of videos belonging to the video project Anticipating You in collaboration with theater group DFT STAGE
The two other videos are Anticipating You and Night, Street, Lantern, Pharmacy based on poems by Alexander Blok. However each of the three videos has a different visual approach and style. Specially in this video " Love "
Apparently there is no match between the text and images. The text does mention a snake and a dove, but in the visual part they do not occur at all. Instead, the main part of the video shows a late-night trip with the St.Petersburg Metro.

Anna Akhmatova is the literary pseudonym of Anna Andreevna Gorenko (Odessa 1889 - Domodedevo 1966)
She is regarded as one of the greatest Russian poets. Besides poetry, which constitutes the main share of her literary legacy, she wrote prose—primarily memoirs, autobiographical pieces, and literary scholarship, including her outstanding essays on Aleksandr Sergeevich Pushkin. She also produced many first-rate translations of Italian, French, Armenian, and Korean poetry. In her lifetime she experienced two different kinds of Russia, prerevolutionary and Soviet, yet her verse protected the traditions of classical Russian culture from the onslaught of avant-garde radicalism and formal experimentation, as well as from the suffocating ideological strictures of socialist realism. For all the restraint, femininity, and ostensible apoliticism of her verse, her poetic persona perfectly embodied the tragic spirit of twentieth-century Russia.

Now, like a little snake, it curls into a ball,
Bewitching your heart,
Then for days it will coo like a dove
On the little white windowsill.

Or it will flash as bright frost,
Drowse like a gillyflower . . .
But surely and stealthily it will lead you away
From joy and tranquility.

It knows how to sob so sweetly
In the prayer of a yearning violin,
And how fearful to divine it
In a still unfamiliar smile